I’ve recently gotten into making Tahdig instead of just boiled/steamed rice. It’s basically fluffy rice enclosed in a deliciously crunchy crust. The trick is to leave it on a low flame for a very long time, but it doesn’t need to be babysat, which is a winner in my book. It’s perfect to make on thanksgiving as a side because unlike a turkey which you have to baste every 20-30 minutes, you put this on the stove and forget about it! I thought it would be nice to add a thanksgiving twist so instead of using saffron, I used smoked paprika. You can also use sweet potato, but that’s completely optional. You can also switch to normal potatoes if that’s what you prefer. One thing I would insist on using is a non stick pot, and it has to have a lid.

Here’s what you need to serve 4-6 people:

Start off by bringing a large pot of water to a boil with a good amount of salt. Once the water comes to a boil add the drained rice and par boil. That basically means take it out just before it looks. It should still have a bite to it.

Then in a medium sized non stick pot add the oil, smoked paprika and turmeric. Then drain the potatoes and place a layer on the bottom of the pan. 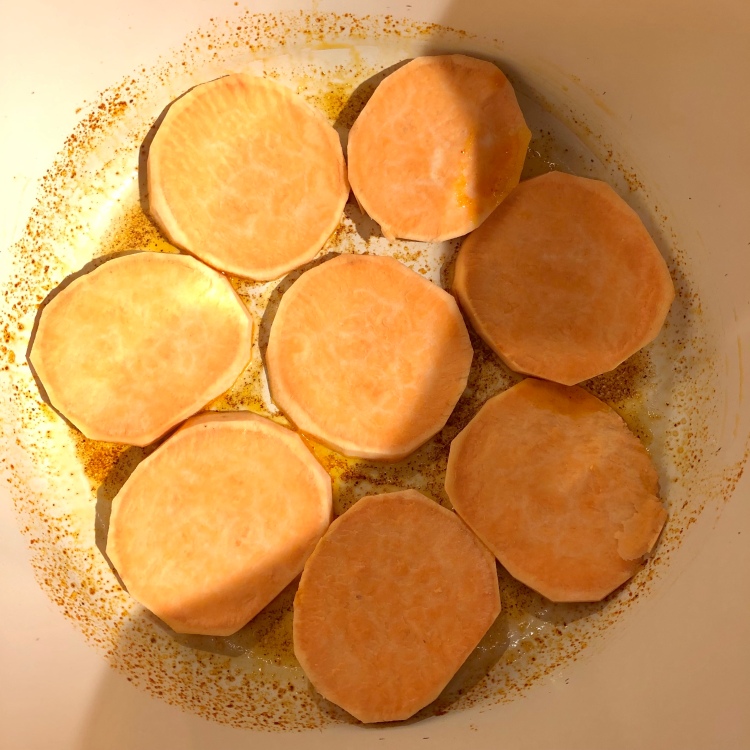 Then add the drained par boiled rice and salt, being careful not to move the potatoes around underneath. At this point splash over some water, about 1/4 cup to help the rice steam and finish cooking . Also add another drizzle of olive oil. That’ll seep down and help create a crispier crust. 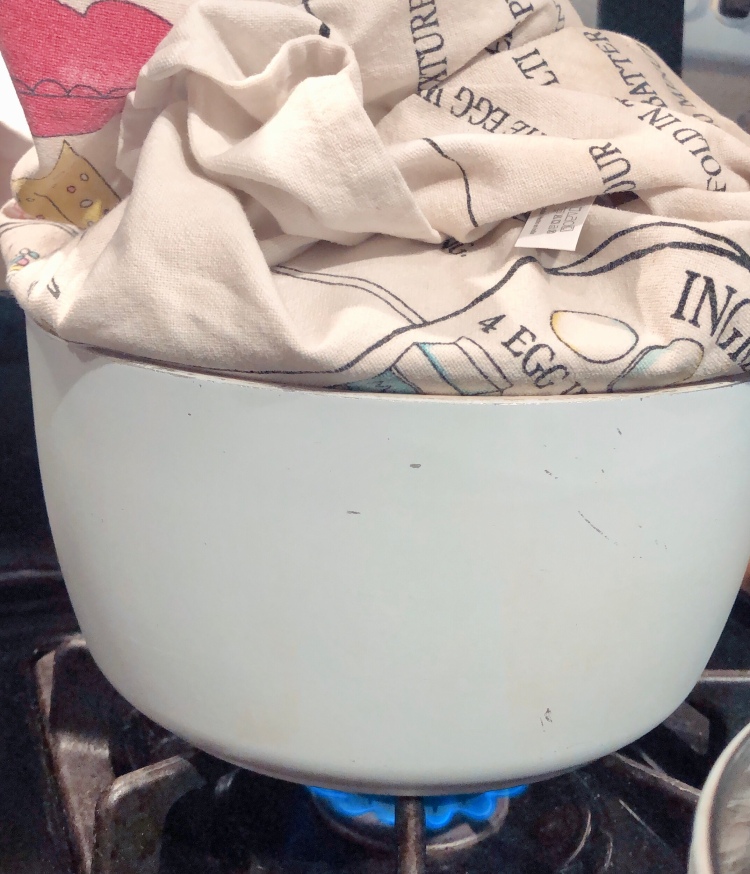 Take a kitchen towel and wrap place the lid in the centre, and tie the ends on top. Place the lid on the pot and keep the flame on low and let it cook for about 90-120 minutes. The kitchen towel absorbs all the steam so it doesn’t drip back into the rice, because that would make the crust soggy.

To take it out of the pan, give it a good shake in the pot to make sure the sides aren’t stuck, then place a plate onto and flip over and it should come right out. Serve with roasted vegetables and turkey/chicken.

I’m Fatima, Pastry Chef by day and Food Blogger by night. I spend most of my time in my kitchen, either feeding my family and friends or baking custom cakes and desserts for my customers! Join me on a journey that started more than ten years ago in Lahore, as I navigate the world through my kitchen!